The Impact of The Crisis Between Turkey and Syria on The Economies of Gaziantep and Hatay Regions: The Findings and Proposals Made as a Result of Field Research

Following the conversion of the political crises between Turkey and Syria into economic sanctions, the effects of aforementioned economic sanctions especially on the border provinces, have began to attract attention. In this context, primarily, it is important to include and put emphasis on the demands of sectors affected by the crisis and the direct effects on Gaziantep economy as a result of the sanctions related with Syria. In fact, in order to improve the relation between two countries especially at the border regions, “Turkey-Syria Interregional Cooperation Programme" was being initiated and by this extension, in 2007, “Trade with Syria and Liaison Office" was opened. Trade Office, was directly being operated under Gaziantep Chamber of Commerce and the Chamber began to give directly support with an opened unit in its own structure for the development of regional trade with Syria. Trade with Syria and Liaison Office, established by Gaziantep Chamber of Commerce was conducting intense activities in the basic areas such as strengthening mutual investments, cooperation between SME’s and business people, cooperation between relevant professional’s offices. In this context, in cooperation with Aleppo Chamber of Commerce, which had similar structure, Commerce Office had made common works for the development of bilateral economic relation. The Offices had worked until 2011 being in collaboration in a wide range of fields including, Translating common legislation, informing the companies, organizing common meetings, providing all kinds of information and technical support on economic investments. This situation, naturally, had positive effect on the trade between Gaziantep and Syria. The most important area reflecting the development of the mutual relation has shown itself in the investments done directly in Syria. Thus, the importance of Syria for Gaziantep’s economy should be summed up in 5 titles. 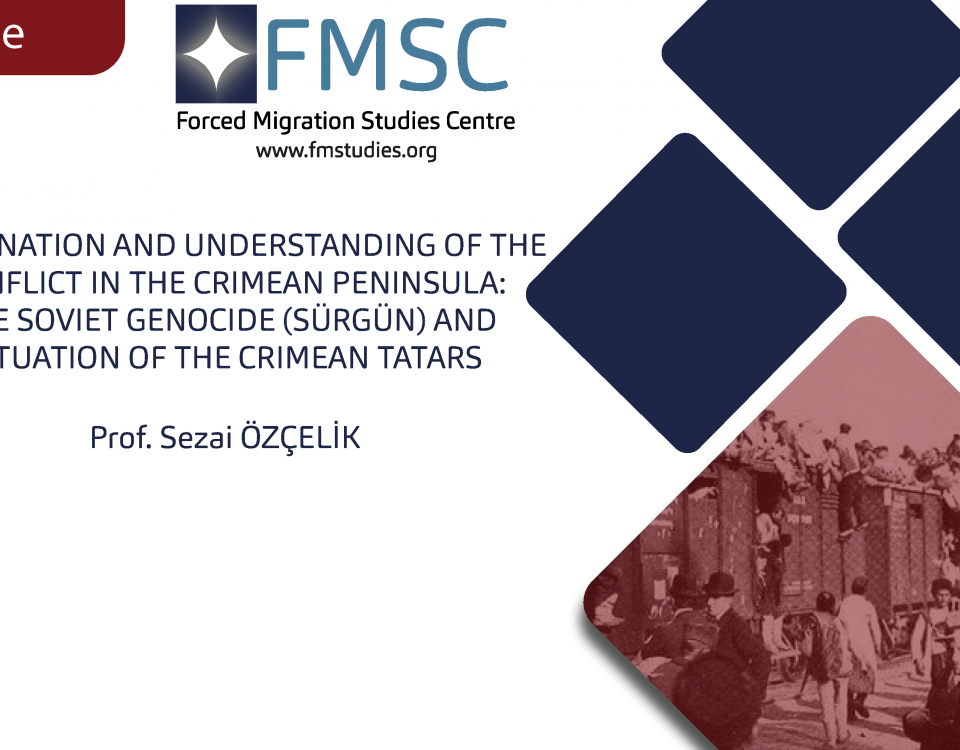 Explanation and Understanding of The Conflict in The Crimean Peninsula: The Soviet Genocide (SÜRGÜN) and Situation of The Crimean Tatars